Morrison was born on August 29, 1942 in the Long Island town of East Meadow, New York. He had two brothers and three sisters. His parents divorced when he was young and his mother remarried. He first met future Velvet Underground drummer Maureen Tucker during childhood, through her brother Jim, who attended Division Avenue High School in Levittown, New York with Morrison. Originally playing trumpet, Morrison switched to guitar after his teacher was drafted.

Morrison majored in English at the City College of New York. While visiting his friend Jim Tucker at Syracuse University, he met Lou Reed, a friend of Tucker’s and a fellow English student. Before Reed graduated in 1964, they met again in New York City in 1963. By this time, Reed had met John Cale and was interested in starting a band, so when they encountered Morrison, he was invited to join. 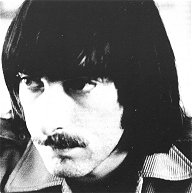 Reed, Cale, Morrison and original percussionist Angus MacLise constituted the original line-up of the Velvet Underground, taking the name from Michael Leigh’s sadomasochistic novel of the same name.[Reed sang and played guitar, Morrison played guitar, Cale played viola, bass and keyboards and MacLise was playing bongos, hand drums, tabla, tambourines and the cimbalom, but when the group were offered $75 (US$570 in 2017 dollars) for a gig at Summit High School in Summit, New Jersey, MacLise abruptly quit because he refused to play for a specified time or conform to the notion of when to start and stop playing and also viewed accepting money for art as a sell-out. With no time to audition a replacement drummer, the group turned to Maureen Tucker to replace him, initially for that one show, but she soon became a permanent member and her rhythms would be an integral part of the band’s music, despite the initial objections of Cale.

Morrison primarily played guitar on the band’s first two albums, although when Cale, the band’s nominal bassist, played viola or keyboards in the studio or on stage, Morrison often filled in on bass. Some songs (including “Heroin” and “Sister Ray”) had Reed and Morrison on their usual guitars while Cale played viola and Vox Continental organ respectively, with no bass guitar.

There were at least three songs where Cale played both piano and bass while Reed and Morrison played guitars and these were “I’m Waiting for the Man”, “Femme Fatale” and “White Light/White Heat” and two songs where Cale played both viola and bass with Reed and Morrison on guitars: “Here She Comes Now” and “The Black Angel’s Death Song”, the former of which saw Cale doubling on piano. Although Morrison was a proficient bassist (as exemplified by his performances on “Sunday Morning”, “Venus in Furs”, “All Tomorrow’s Parties” and “Lady Godiva’s Operation”), he disliked playing the instrument.

After Cale left the group in 1968, Morrison usually exclusively played guitar; however, photographic evidence indicates that he continued to play bass onstage for certain songs if Doug Yule, Cale’s replacement, was occupied with organ. During the Cale era, there was no established “lead” or “rhythm” guitar hierarchy in the Velvet Underground; both Reed and Morrison traded roles regularly. From the third album on though, Morrison almost always took the role of lead guitarist as Reed concentrated more on his singing and rhythm playing. Additionally, Morrison frequently sang backing vocals and the occasional lead vocal spot (he recited many verses of Reed’s poetry in “The Murder Mystery” and sang one line in “I’m Sticking With You”).

Morrison repeatedly remarked that “Venus in Furs,” from the band’s debut album, was his personal favorite of all of The Velvet Underground’s songs, as he felt that the group had achieved with that one track, to a greater degree than any other, the sound the band had in mind.

Whilst Reed was the main writer, there has been some conjecture that both Morrison and Cale made more songwriting contributions than is specified in the credits as Morrison later told Victor Bockris, “Lou really did want to have a whole lot of credit for the songs, so on nearly all of the albums we gave it to him. It kept him happy. He got the rights to all the songs on Loaded so now he’s credited for being the absolute and singular genius of the Underground, which is not true. There are a lot of songs I should have coauthorship on, and the same holds true for John Cale. The publishing company was called Three Prong because there were three of us involved. I’m the last person to deny Lou’s immense contribution and he’s the best songwriter of the three of us. But he wanted all the credit, he wanted it more than we did, and he got it, to keep the peace.” Nevertheless, Morrison got co-writing credits on “European Son”, “Here She Comes Now”, “The Gift”, “Sister Ray”, “Chelsea Girls”, “Hey Mr. Rain”, “Ride into the Sun”, “Foggy Notion”, “Ferryboat Bill”, “I’m Gonna Move Right In”, “Coney Island Steeplechase” and “Guess I’m Falling in Love” and he also co-wrote the title track with Reed to Nico’s debut solo album.

In 1970, when the band was back in New York City to play an entire summer’s engagement at Max’s Kansas City, Morrison seized the opportunity to complete his undergraduate degree at the City College of New York; along with Tucker, he remained in the Velvet Underground as lead guitarist after Reed left the band in acrimonious circumstances in August 1970. In 1971, however, he began graduate studies at the University of Texas at Austin, where he would earn a PhD in medieval literature (with a dissertation on the four signed poems of Cynewulf) in 1986. Morrison’s last performance with the band was on August 21, 1971 at Liberty Hall (Houston, Texas). When it was time for the band to return to New York, Morrison packed an empty suitcase and accompanied them to the gate of their departing plane, before finally telling them he was staying in Texas and leaving the band, the last founding member to quit. 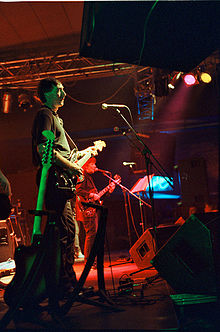 Sterling Morrison and Maureen Tucker in Augsburg, Germany in 1992

Morrison began to work on Houston tugboats as a deckhand to supplement his income in the mid-70s; when he was forced to relinquish his teaching assistantship some years later, he was licensed as a master mariner and became the captain of a Houston tugboat, a vocation he pursued throughout the 1980s.

After leaving the Velvet Underground, Morrison’s musical career was primarily limited to informal sessions for personal enjoyment, though he played in a few bands around Austin, Texas, most notably the Bizarros. Morrison’s tenure in the capital of Texas made him a well-loved and admired member of the local music community as well as an influential voice. During John Cale’s renaissance in the late 1970s, Morrison occasionally sat in with his former bandmate on stages such as the Armadillo World Headquarters in Austin. From the mid-1980s on, however, he occasionally recorded or performed with Reed, Cale, and Velvet Underground drummer Maureen Tucker, who had by then started a solo career of her own. Morrison was part of her touring band for most of the late 1980s and early 1990s.

In 1992, the core Velvet Underground line-up of Reed, Cale, Morrison and Tucker decided to reform for a tour and possible album. Morrison argued that Doug Yule, who had replaced Cale in 1968, should be included to fill out the sound, but Reed and Cale vetoed him. The band extensively toured Europe in 1993, alternatively as headline act or supporting U2. Morrison’s playing held up well, and his performances were generally agreed to be top-notch. But by the end of the tour, relationships had soured again and plans for a US tour and MTV Unplugged album were scrapped.

The European tour turned out to be the last for the Velvet Underground. Morrison joined Maureen Tucker’s band for a tour in 1994, and later that year was diagnosed with non-Hodgkin’s lymphoma, from which he died on August 30, 1995, one day after his 53rd birthday. Upon their induction in the Rock and Roll Hall of Fame in 1996, Reed, Cale and Tucker performed a song entitled “Last Night I Said Goodbye to My Friend,” which was dedicated to Morrison.[21]

In March 2001, Sterling Morrison was remembered through a tribute set at the Austin Music Awards during the South by Southwest Festival. John Cale performed “Some Friends”, a song he’d composed in Morrison’s memory, with Alejandro Escovedo, who played “Tugboat”, also written for Morrison. An SXSW panel on Sterling successfully convened that year, with Cale and others remembering their fallen friend. Morrison was also the subject of an oral history, Velvet Underdog, in the Austin Chronicle that year.[22] The story utilised quotes by John Cale, Lou Reed, Maureen Tucker, and other Morrison associates.

His surviving family includes his widow, Martha (whom he married in 1971), his son, Thomas, and his daughter, Mary Anne, all of whom reside in Poughkeepsie, New York.

Morrison and Reed’s guitars were essentially dueling guitars that complemented each other, alternating between lead lines and rhythm parts interchangeably and with no assigned roles on who was lead or rhythm. Relative to Reed’s improvisational and experimental guitar style, Morrison’s guitar style was generally cleaner, bluesier and more straightforward. Praising his late bandmate’s guitar playing, Reed told David Fricke, “Sometimes, I think his guitar playing is very much like his first name – sterling. It’s involved. And yet it has a grace and elegance to it, even in the fast-note runs. You could play me a hundred guitars, and I could spot Sterling.”

Discography with the Velvet Underground

Only recordings with Morrison are listed. For the band’s full discography, please see the Velvet Underground article.