As a child of the 60s and 70s, living on the West Side of Chicago, his ears laid full of the sounds of Motown, Soul, Funk, Country, Jazz and Rock. From television shows such as Hee Haw, (where he discovered his first guitar Idol Roy Clark) to Midnight Special. Where both mother and father listen to Jazz, Blues, Soul, and R&B records daily, as well as a neighborhood filled with amateur and professional musicians. It was a great time to be a young aspiring guitarist.

When the family move to the south-side of Chicago in 1975, Smith began his guitar studies at age 13 with a visit to the local music store purchasing two Mel Bay books. In 1978, the family moved to the western suburbs of Chicago Maywood, Illinois. At the age of 16 he began classical guitar studies with guitarist Bruce Walters, and later continue studies at Jack Cecchini Studio in Chicago till 1982.

In 1982, Kenn began his career teaching guitar at Robinson’s Music Academy in his home town of Maywood, Illinois, as well as performing with local funk and fusion bands in town and the Chicago area. All while attending Columbia College of Chicago, studying music management and production. In 1987 he attend the American Conservatory of Music where he studied jazz guitar and composition. In between those years of teaching, performing and study, Kenn became an avid fan of progressive rock and fusion and developing skills as a guitarist, bassist and composer in said styles. 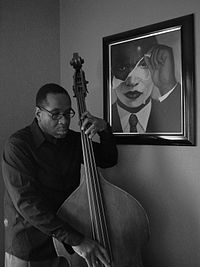 In 1986, he began developing his skills as a freelance guitarist and bassist while performing on Chicago’s jazz, blues and rock scene. But it wasn’t till 1989 his professional career took off, working as a guitarist with the Chicago Cotton Club Monday Night Open Mic Band. Sharing the stage with many future greats Bernie Mac, R. Kelly and many others who got their start there. It was also where he later formed his first jazz trio and open for such jazz greats as Shirley Horn, Stanley Turrentine, Freddie Cole (brother of Nat King Cole), Art Porter. As a jazz side man he played with jazz greats Jodie Christian, Guy Fricano, Johnny Frigo, Najee and many others. 1992, he was asked to tour as a guitarist with the famed R&B group the Chi-Lites, and did so until 1994. He then went on doing tours and session work with many other great performers in various styles of music as both guitarist or bassist.

To this day his reputation continues to grow and is recognize as one of the best, most diverse guitarist and bassist in the world. Admired by many for his eclectic versatility as a musician and composer in all areas of music but most notably jazz, classical, ambient music, rock and world music.

As an author and journalist he has written an instruction book for electric bass and numerous articles for online magazines such as Mel Bay Bass Sessions, Bass Musician Magazine and other online publication.

Currently the owner and operator of Kenn Smith Music.